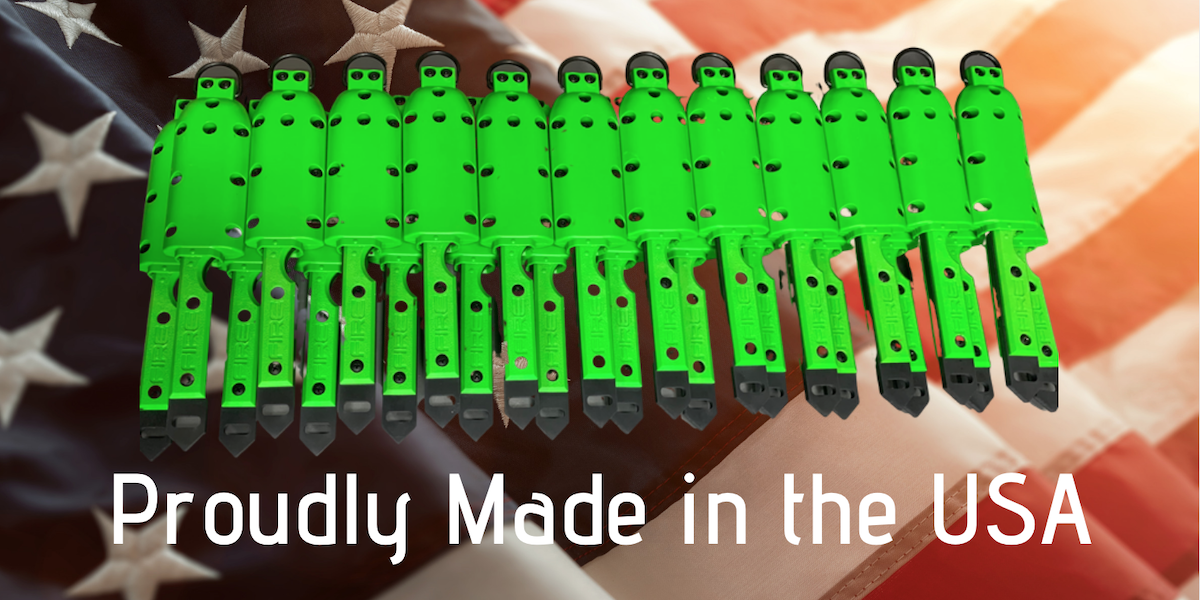 Lifeline has a simple philosophy – to place the most effective and versatile tactical rescue tool in the hands of all first responders everywhere. In doing so, we honor our mission to save their lives and the lives of all who live in the communities they serve. When you have a tool that’s engineered to military specs and is the only non-battery operated handheld tool that’s like having 5+ tools in one, you give the first-responder using it an invaluable advantage in the field. When you have a tool designed to increase the personal safety of a firefighter during structural fires, motor vehicle accidents, and other emergency situations, it’s imperative to do all we can to make it standard issue across our nation and around the world.

To us, it’s an obligation to provide every brave firefighter, willing to risk their lives for the safety of others, with a proven portable military-grade cutting machine. LIFELINE Tactical Rescue Tools, designed for firefighters, by firefighters — saving lives by design.

LIFELINE™ Rescue Tools LLC specializes in the design and manufacturing of high-performance specialty fire-fighting equipment. While the company was founded in 2015, the design and concept development of its first product, the LIFELINE ™ Tactical Self-Extrication Tool, goes back several years. The concept of the LIFELINE ™ Tool and Sheath was originally created by one of LIFELINE ’s owners, James Counsellor (Jay for short). Jay has been a firefighter for the past twenty-two years and is the ex-assistant fire chief of the municipality of Hawthorne, New Jersey. Jay has received several commendations, including the Hawthorne Fire Department Life Saving Award.

Several years ago the owners of Lifeline Rescue Tools noticed a growing problem in the field with rising numbers of documented instances of firefighters becoming trapped or entangled in wires or cables, for example, when ceilings collapse. Firefighters have tried to use wire cutters or other types of tools to attempt to free themselves or others from entanglement situations, but those methods proved unreliable and ineffective. Shortly after that, Lifeline Rescue Tools developed the concept of the LIFELINE ™ Tactical Rescue Tool with the dream of providing each firefighter in this country with a tool that can potentially save those that place themselves in harm’s way every day. At that point, LIFELINE™ was formed and collaboration with a myriad of engineers was required to develop the final LIFELINE ™ Tactical Rescue Tool. Most notably, it was co-developed with Phillips Precision Medicraft, a leading medical manufacturer with 50 years of engineering and manufacturing experience, PPM’s facility provides the technology and precision manufacturing needed to create this dynamic tool with the most aggressive blade in the industry. The result – one of the most advanced state-of-the-art cutting devices ever made.

LIFELINE’s™ customers loved the versatility and effectiveness of its original product so much that it led to the development of two new products for specific military and underwater applications. The design and engineering of the new devices were done with direct input from industry experts, resulting in application-specific upgrades. Both feature the same high-quality materials, unique manufacturing process, and have been tested under severe conditions with outstanding results. In March 2018, we proudly launched two new products: JAWZ Series, an underwater rescue tool, and STEALTH Series, a military grade rescue tool. In September 2018, Lifeline will be launching the Suppressor Series, a spark resistant, anti-corrosive and electrical insulated tool made for rescues in the off-shore oil industry, maritime and utility industries, and the Deep Sea Series, an anti-corrosive and electrical insulated tool made for rescues in the commercial fishing industry. Lifeline is also conducting research and development for its Adventure Series, a tool designed for rescues and applications related to extreme sports as rock climbing and skydiving.

The company has sold and an innumerable number of its high-performance rescue tools to firefighters in the United States and internationally. With one of the most experienced and passionate leadership teams in the business, LIFELINE’s™ has made a significant impact on the industries mentioned above in just a short amount of time. Since Lifeline launched in 2015, it has sold its life-saving tools to individuals across the United States and internationally (to individuals and governments), including, but not limited to Canada, China, the European Union, Israel, India, Malaysia, South Korea, and the United Arab Emirates).

Simply put, LIFELINE™ is really good at one thing, how to engineer uniquely effective life-saving devices. Our philosophy and mission is to continue to develop tools that make a difference.